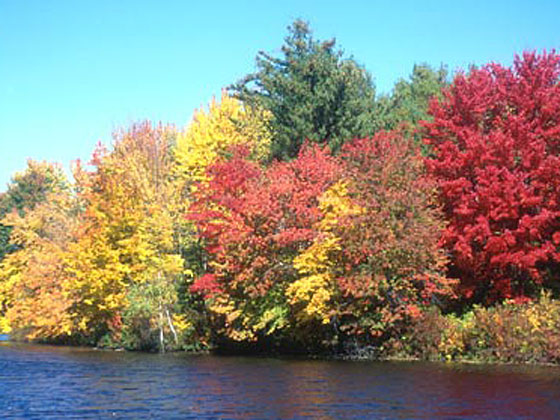 This Wednesday, September 23rd, is the official First Day of Autumn. And our thoughts turn to the sights, sounds, tastes and smells of this flamboyant season. I’m thinking apple cider and pumpkin pies, the cheers of a football crowd and visions of the many vibrant hues as the leaves change their colors before they fall and we rake them into piles and in some circumstances are able to burn them adding another aroma of familiar times.

What are your thoughts of Autumn? What do you look forward to (or what do you dread?) What memories does the season bring? And let’s remember the colors of Fall. The range from still green through the graduations of golds, amber, orange, crimson, bright red, umber and brown, with every shade in between. You can also  choose a hue and making that the title of your piece, take the fall and write your poem!

It’s been quite the summer, as we finally get released from its steamy grip up in Western New York for cooler temperatures and

quantities of rain. Believe me, we could use it!

There is a beauty in a rainstorm, the sounds are near symphonic, a euphonic tintinnabulation for the ears. The sights are picturesque as it appears that everything looks better when wet. The air seems fresher as everything is awash with rain. So this week we are “write as rain”. From a soft spring shower to a torrential downpour, write a rain poem. I’m not so naive to not recall the power and devastation of too much of a good rain. Whatever your opinion of rain, good or bad, lay down your deluge of words in honor of one of nature’s necessities! And as the title says, let poetry rain (er, reign) supreme!

We’ve discovered that people do thing in specific places; the Who and the Where. But WHAT are they doing. In a story or bit of prose, this would be considered the plot. So why not in a poem? It expresses a vision to us. What is happening; what’s going on?

Poems describe an unchanging scene; a single thought, feeling, setting, experience or image. But they can also be a record of events that take place over a period of time. They can demonstrate change giving two points of view, offering the reader a chance to draw their conclusion. But the PLOT becomes a purpose-driven action by a character or an interaction between several, allowing you to imagine a certain outcome.

Characters at the center of the plot (protagonists) rarely head out on a set course without some conflict, making us question whether they’d be successful in their endeavor. It could be an internal quandary – the characters own personality or short-comings that holds them back. The desire to attain a goal can lead one to change or grow from the experience to face the reality of their dilemma or weakness.

But also, external conflicts; struggles with someone or something else out of our control can cause this road block to success. This foe (antagonist) can provide conflict, and could be a person, the environment, natural forces or societal pressures.

The dissection of this plot provides these basic aspects:

A beginning when the goal is set…

A middle when the characters struggles to achieve their goal…

An ending, the resolution of the character’s quest – successful or unsuccessful or even, undetermined (unresolved).

This week’s prompting has you consider a plot for your poem. Write a poem of any kind in which an attitude of someone (even yourself) becomes the thing that presents a dispute or conflict. Work towards defining the what, the attempt to resolve it and any outcome to the situation.

As always, the purpose to these exercises is to get you writing serious drafts which could be polished into finished works. Prompts are merely suggestions, meaning as long as you are writing poetry it is a good thing! But equally,the fact of you attempting to stick to the prompt could enhance your poetic prowess! Rise up!

Thanks to all who continue to explore these weekly promptings. Hopefully you will gain some expertise to aid you in your poetic travels. If so, you make doing these presentations wholly worthwhile. 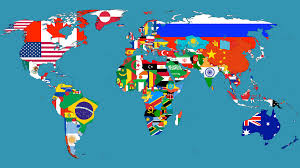 Let’s talk setting this week. We know, everything happens someplace, in some frame of time. That is the environment of our poetry.

Observe your surroundings. Maybe you’re indoors in a room. How is it appointed? Furnished? Unfurnished? What part of the building is it? What building is it in? Suppose you are outdoors. How’s the weather? What time of year are you experiencing? Urban or rural? What country, region, city or township is it? Year? These are all a part of our setting.

And setting can be categorized in three distinct ways: physical, historical or cultural/social.

Since poetry is a concise expression, the implications of setting are a major function of the rest of the poem.

Your mission, should you decide to accept it, is to write your poems this week with a main concentration on the three aspects of setting and less on the characters within your verse. Go into specific detail and inject imagery into the places and settings that inspire you. Ask yourself, “Where am I?” and write about it!