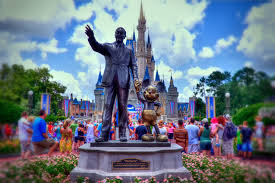 The Walt Disney World Resort, informally known as Walt Disney World or simply Disney World or shortly WDW, is an entertainment complex in Bay Lake, Florida (mailing address is Lake Buena Vista, Florida), near Kissimmee, Florida and is the flagship of Disney’s worldwide theme park empire. The resort opened on October 1, 1971 and, is the most visited vacation resort in the world, with an attendance of over 52 million annually.

Designed to supplement Disneyland in Anaheim, California, which had opened in 1955, the complex was developed by Walt Disney in the 1960s. “The Florida Project”, as he called it, was originally to be built in hopes of differential in design and scheme from Disneyland with its own diverse set of rides. Walt Disney’s original plans also called for the inclusion of an “Experimental Prototype Community of Tomorrow” (EPCOT), a planned community that would serve as a test bed for new innovations for city living. After extensive lobbying, the Government of Florida created the Reedy Creek Improvement District, a special government district that essentially gave The Walt Disney Company the standard powers and autonomy of an incorporated city. However, Disney died on December 15, 1966, before construction began. Without the mind of Disney spearheading the construction of Walt Disney World, the Disney Company instead created the resort very similar to Disneyland, just on a much larger scale, along with abandoning his concept of an experimental planned community. 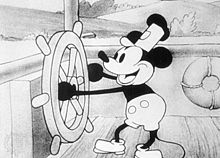 I suspect there aren’t many in the world who are unfamiliar with the Disney footprint with the scope of parks, characters, and movie franchises. So from Disneyland to a galaxy far, far away (STAR WARS); from Donald Duck to Miss Piggy, delve into the world that began with a whistling mouse!